If you are facing symptoms similar to this type of cancer, then you must visit https://www.jacarandamaternity.co.ke/cervical-cancer for cancer screening in Kenya. 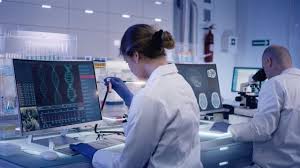 The following tests and procedures may be used to screen for cervical cancer:

HPV test- This test is done on a sample of cells removed from the cervix, the same sample used for the Pap test. This sample is tested for the strains of HPV most commonly linked to cervical cancer. HPV testing may be done by itself or combined with a Pap test.

Pap test- The Pap test has been the most common test for early changes in cells that can lead to cervical cancer. This test is also called a Pap smear. A Pap test involves gathering a sample of cells from the cervix.

Visual inspection with acetic acid (VIA)- VIA is a screening test that can be done with a few tools and the naked eye. During VIA, a dilution of white vinegar is applied to the cervix. The health care provider then looks for abnormalities on the cervix, which will turn white when exposed to vinegar.

Screening for cervical cancer can be done during an appointment with a primary care doctor or a gynecologic specialist. In some areas, free or low-cost screening may be available.